It's been hard to replicate the science of merchandising for impulse purchases online. But recommendation engines offer a great alternative. 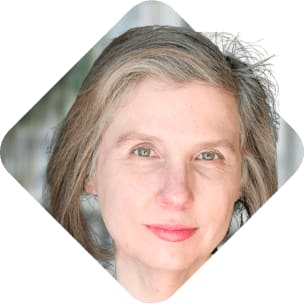 There is so much science around merchandising and placement in physical stores to drive impulse buying. It’s been a tougher job for merchandisers to replicate that stimuli in digital. People just don’t have the sounds, aromas, lighting, placements, etc., that merchandisers have had at their disposal to attract and engage browsers.

But now, with physical stores fading, merchandisers need to sharply focus on the online browser.  Online shoppers who didn’t plan to buy – can really add up for retailers.

Shoppers follow different paths to unplanned purchases. So there are many different points where a recommendation engine can inspire them to buy.

To start with, let’s consider a shopping scenario that might be the first one you imagine when you think about impulse buying. A customer navigates to a retailer’s website, but they’re not on a mission to find anything in particular. Instead, they just need a little bit of stimulation and entertainment. This is known ashedonic shopping.

These people aren’t looking to buy. They are looking to have fun. It’s all about the psychological thrill of stepping into a shopping environment.

The many motivators for hedonic shoppers. Which ones does your site fulfill?

The job of a recommendation engine here is turning hedonic shoppers from browsers to impulse buyers. And it starts working as soon as a user lands on the retailer’s home page.

Most retailers, however, don’t have that luxury. For 80 to 90 percent of them, site users are visiting anonymously, Langevin says. But the recommendation engine still has ways of encouraging impulse shopping. For example, a site can greet even anonymous users with items that are popular with other shoppers right now.

“These recommendations are quite easy to produce,” Langevin says. “It’s really based on anonymous usage or mostly anonymous data and big data.”

Even a little extra information helps create more customization in recommendations. For example, if you know a user is in a certain city or geographic region, you can show items that are popular with other users in the same area.

Hedonic shoppers aren’t the only ones making impulse purchases online, though. Utilitarian shoppers — the ones who visit a retail website in order to fulfill a specific need  — can also end up buying different items, or more items, than they had planned to.

On both B2B and B2C sites, recommendation engines can remind logged-in users about recurring purchases. For example, when a purchasing manager visits a B2B merchant’s site to replace one machinery component, the recommendation engine can remind them that it’s been three months since they restocked another key item and it’s time to order again.

Or, on the B2C side, a pet supply store can remind a visitor who’s picking up some other cat items that they haven’t bought litter in a while and they probably need a new box.

This is a win for the retailer, who has just increased the value of the order. But, at the same time, it’s a win for the shopper, who has saved time and stress by getting on top of a recurring need with this impulse buy.

The Art of the Alternative

A recommendation engine can also drive an unplanned purchase when it educates a shopper who planned to buy one item about a different option. Again, this is can happen in both B2B and B2C contexts.

“So, let’s say you have a product similar and similar price point to the one the customer usually orders. But the other product has a higher margin,” Langevin says. “Use a recommendation engine to guide them toward that new product.”

The seller might even want to nudge customers toward particular brands or away from items that are going out of stock, or which have service issues.

Besides creating better returns for the retailer, recommending alternatives to a customer’s planned purchase can also increase customer satisfaction. And that helps encourage an ongoing relationship with the customer.

Think about in-person shopping experiences. For example, a customer who has decided to start playing tennis and heads to a sporting goods store in search of a racket.

They may have a particular brand of racket in mind. But then they talk with a knowledgeable salesperson who points them toward a different racket altogether — one that’s better suited to their unique needs.

In guiding the customer away from their original shopping plan, the salesperson has made them feel heard and understood. The customer is also more likely to be satisfied with the racket (and less likely to return it). The stage is set for future shopping at this store.

An effective recommendation engine can play a similar role. Recommend content that might offer the same suggestions as the knowledgeable sales assistant.  And, just like a thoughtful salesperson, the engine can’t rush a shopper into an unplanned alternative purchase.

“Trying to go quick, trying to throw products in the face of your users, is one of the main problems that we see right now in most modern solutions, even when AI is improving,” Langevin says. “You have to let people browse. You have to let people move around, and then you react more and more precisely to their needs.”

This is not about manufacturing a need or selling customers things they don’t need, Langevin stresses.

“You shouldn’t create a need,” he says. “The recommender sees a need the user might not even think they have and expands on it. We understand it. And we return the right product.”

Let’s go back to the example of the tennis racket. The savvy salesperson knows that a new tennis player doesn’t just need a racket. They need tennis balls. They might even need a new pair of athletic shoes that provide the lateral support required for tennis.

A good recommendation engine has the same kind of knowledge, thanks to data on what other shoppers have bought when they purchased a tennis racket.

How to Increase Average Order Value

This is what we’re seeing on sites like Amazon that have a “frequently bought together” feature. Recommending related items increases average order value, Langevin says. But it also reduces friction for the user.  The site that recommends tennis shoes along with a racket saves the shopper time — and maybe even some aches and pains from wearing the wrong shoes.

Recommended add-on items are so alluring because they give the customer the sense that the retailer understands them. That extra level of personalization.

“Recommendation engines understand exactly what your customers need at the current moment” and what they are likely to need next, Langevin says.

“It’s artificial intelligence at its best when it can reproduce that human-to-human interaction,” Langevin says. “And that’s really when customers feel connected.”

And when merchandisers finally feel they have a means to motivate impulse purchases.

Want to know how recommendation systems impact ecommerce? Sarah Beckham breaks it down for you.
Or check out this 6-minute read on what makes a great recommendation engine.
Don't miss out! Get the latest blogs delivered to you.
Subscribe
Ready to start making every experience relevant?
Yes! I hate frustrating users
I need to think about it