Ecommerce Companies Evolving to Compete in the Age of Amazon

What can ecommerce retailers do to compete in the Age of Amazon? What lessons can retailers take from evolutionary biology? 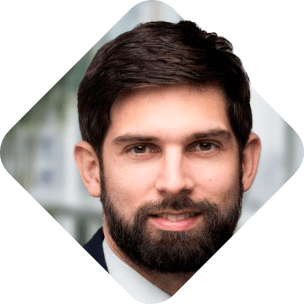 If you’re asking yourself which survival strategies retailers need to adopt to compete with and beat digital Goliaths such as Amazon, you may be asking the wrong kind of question, according to AI experts Ciro Greco and Jacopo Tagliabue.

At the recent Relevance 360 conference, the two spoke about big data, applied AI and creating relevant and personalized experiences. But what has worked for Amazon will likely not work for all organizations – and that’s okay.

The narrative that is offered most often to the industry depicts a fierce battle between gigantic tech behemoths, such as Amazon and Alibaba,  and everybody else. The smaller players are then led to believe that they must put out a call to arms, to fight back, to resist, ultimately, to survive. These kinds of metaphors built around apocalyptic scenarios might not be the best way to look at Ecommerce and the evolution of retail, says Greco.

In fact, if you think about it,  going to work every day thinking that you are on the brink of extinction is pretty depressing.

Instead, he suggests we look at evolutionary biology.

Learn more about how to do more with less (data)
Read: Powerful Personalization in Ecommerce – No Big Data Required
Learn more

A New Species of Retailers

The rise of Ecommerce – driven by digital giants – represents a quantum leap in the evolution of retail and commerce. To a certain extent, Amazon and the likes have given rise to a whole new “species” of retailers, characterized not only by the challenges they face but also the opportunities that are available to them.

This would be a little bit like what happens in evolution when we see a new species appear in an almost abrupt evolutionary leap rather than after a long chain of gradual small changes.

In fact, significant evolutionary changes have been related to rare genetic or environmental events and therefore look like disruptive “fits and starts”.

While Darwin argued that evolution is slow and continuous, evolutionary scientists Stephen Jay Gould and Niles Eldredge had a different theory. They saw evolutions incrementing gradually over millions of years – until it was “punctuated” by rapid change.

The theory of Punctuated Equilibrium sees an almost spontaneous emergence of a new species that is completely different from what was there before. And it will co-exist with other species during the following period of relative stasis.

In this manner, the digital revolution literally created new markets. The explosion of Ecommerce driven by Amazon, Alibaba, and Wayfair signals a  “punctuation” for the entire industry that has given rise to a whole new “species”. For instance, it probably comes as no surprise that the number of consumers who shop digitally has been increasing steadily, and there’s no sign of this stopping anytime soon.

So instead of talking about survival against a new species of giants, we want to suggest a different view. We think about this landscape as a punctuation after a quantum leap, and we believe that this period can lead to  “endless forms most beautiful” (to cite Darwin) and is riddled with opportunities.

Digital players like Amazon are setting extremely high expectations and standards in terms of customer experience. And as we look at how they are achieving it – amassing and munging data from literally millions of daily visitors, it certainly seems worrisome. But let’s consider Leroy Merlin.

A massive retailer in the DIY space, it has presence in 16 countries in Europe, Asia, and South America. One of the countries they operate in is Italy, where it has approximately 50 big stores all across the country.

Its site is ranked among the top 15k websites in the world by the Alexa ranking. And to be more precise, that means that approximately 1.6 million people visit every month. For perspective, that is twice the population of San Francisco.

Very impressive numbers, and yet no where near the magnitude of Amazon.

But Leroy Merlin is notable in its own right – a different species playing a very different role.

Care and Feeding of Machine Learning – by Species

For one thing, the user data Leroy Merlin collects is usually limited. For example, most of the website visitors don’t log in as they do on sites like Amazon. This is pretty typical. In fact, most retailers don’t have the data that Amazon has in terms of volume and variety of data.

Yet they are able to still provide a highly personal – and indeed a more intimate experience with their customers.

Turns out the care and feeding of our Amazon species is very different from, say, the Leroy Merlins. While one is using AI to learn from the millions of data points amassed daily, the other has a slightly different diet – and still offers best-in-class customer experiences.

Greco and Tagliabue were responsible for figuring out what that diet should be. For while Leroy Merlin didn’t have an abundance of data comparatively speaking, they still needed to deliver what Greco calls “real-time or fast personalization.”

Tagliabue describes that to work with “small data” he started with the two known variables – products and customers. In AI terms, the catalog is seen as a map – a three dimensional map of products. Much like a physical store might be laid out in departments, the neural brain sees products clumped together – based on the signals it is receiving from the customer.

When a shopper searches for shoes, the machine is noting the price points, the colors, the size, and the style.

So when the shopper starts looking at other items – the recommendations are ordered by how it “maps” with the shoes that were selected at the outset of that shopper’s journey.

By doing this hybrid approach of content-based filtering in addition to cluster-based filtering, you now have the perfect “diet” for the smaller retailer who will only see the shopper sporadically. It even works for anonymous shoppers.

“We don’t need personal information or buyer history,” Tagliabue explains. This technique even solves the cold start problem that many merchandisers face.

The rest of Tagliabue’s and Greco’s talk – Raise the Ecommerce Bar With Relevance – is eye-opening and inspirational. As a non-giant, you owe it to yourself to check it out.

And to learn more about how to personalize without Amazon amounts of data, be sure to read Powerful Personalization in Ecommerce – No Big Data Required.

Where should retailers focus in their efforts to compete with digital giants? Tune in to Episode 2: The Next Generation of Retail commerce of our podcast, The Ecom Edge!

What can retailers learn from Amazon about using AI to provide personalized recommendations, even when customers deviate from typical patterns? Tune in to Episode 3: Co-exist or compete with Amazon? of our podcast, The Ecom Edge!